It is called the fuel economy labeling, and it is placed for the purpose of consumer awareness of energy efficiency in light vehicles (weighing less than 3500 kg), and the efficiency of vehicles is measured through the fuel economy gauge, and it means the distance of kilometers traveled per liter of spent fuel. For the vehicle, its model, engine capacity, model year, and vehicle type are divided into two categories: passenger car labeling and light truck label, and the label contain 6 levels divided according to vehicle fuel consumption, the highest is excellent and the lowest is very bad, while the lower part is placed in which the fuel economy is written and in Arabic numbers And English, as well as the type of fuel recommended in Saudi Arabia by the manufacturer, the authority’s logo and the legal form of binding the card.

The energy efficiency labeling for electrical appliances is placed on air-conditioning and refrigeration devices, which include “refrigerators and freezers”, in addition to washing machines, clothes dryers, heaters, and lighting. The card includes basic data about the device, such as its type, model, brand, electrical energy consumption, and test specifications, and it comes in 7 levels. The highest green is for the devices that are more efficient and have the lowest electrical energy consumption, and the lowest is red.

The label is issued in two types, the type of company (A) and company (b), and it contains two parts, one section that shows the amount of fuel savings achieved by the tire in question, and the other section shows the levels of grip on wet surfaces, and it is expressed in 6 levels indicated by a black indicator, the top of which is Excellent and least bad and very bad.

SASO give the license to make use of the label for the interested organization, with the below conditions:

Search in our site
Within 24 hrs 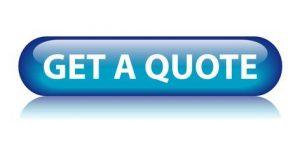 Any Questions?
Please didn't hesitate to contact us regarding any technical or non technical issues, we are ready to support you
knowledge bank
اقسام بنك المعلومات
خلال 24 ساعة